Recently I talked with Mike Ellzey, the Chief Executive Officer of the Orange County Great Park Corporation, the 501(c)(3) non-profit public benefit organization charged with the design, construction, and maintenance of the Orange County Great Park in Irvine, California. We spoke soon after the city struck a new deal with the project’s related housing developer that puts the park back on solid ground after the 2008 real estate crash and the state’s dissolution of its redevelopment agencies threatened its completion.

The Orange County Great Park is the official name for the park portion of a reuse plan for the decommissioned Marine Corps Air Station, El Toro, in Irvine, California. The 2002 voter approval for this very ambitious project ($1.4 billion budget) – after 3 previous initiatives failed – envisioned a team of partners to bring off the project, including a public nonprofit corporation charged with the design, construction, and maintenance of the Orange County Great Park. 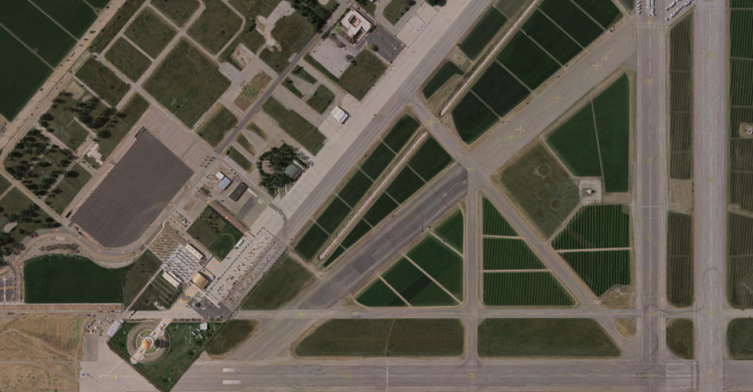 Following the annexation of the property by the city of Irvine in 2003, the Navy held an online auction for the El Toro property. Miami-based Lennar Corporation purchased the entire property for $650 million and entered into a development agreement with the City of Irvine. Under the terms of the development agreement, Lennar was granted limited development rights to build the Great Park Neighborhoods in return for land and capital – $200 million – to allow the construction of the Great Park.

Just as the partners got started, the real estate market crashed in 2008 slowing the arrival of the expected homes – and the property tax revenue they were expected to bring – and the state eliminated local redevelopment agencies — the financial engine generating tax funds to continue construction of the park — and dealt a crushing blow to Irvine’s plans.

City officials spent much of the original $200 million for the park completing about 230 acres but much of the land remains fenced off, dotted with old military barracks and crisscrossed by aging runways – but ready for implementation. 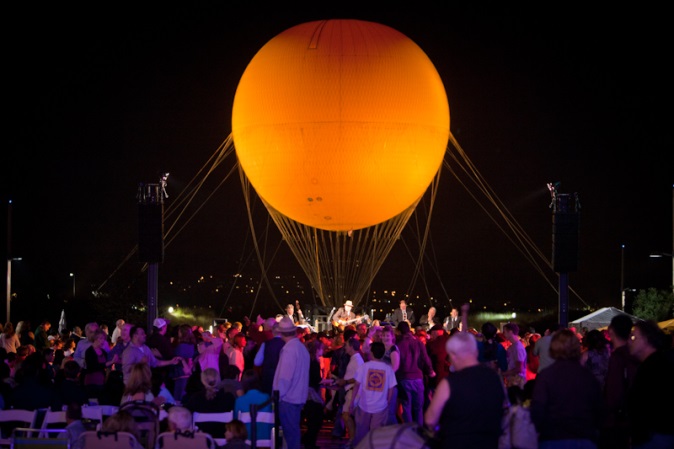 “The original idea for managing the park was to create a public corporation supported by a private foundation,” says Mike Ellzey. “In 2003 the Orange County Great Park Corporation was created and operated out of the city manager’s office with a nine member board – 5 city council members and 4 independent county-wide directors appointed by the elected officials on the board. The park was expected to become a regional asset. Staff was hired as city employees accountable to the board. The Great Park Corporation managed its operations separately from city hall but was essentially accountable to the city, subject to all its public rules.”

By 2005 the corporation operated independently, chaired by Larry Agran, former mayor of Irvine who held that seat for six years. Through his leadership the board was able to move initiatives for the park forward and progress was made in implementing the park plan. In January 2013 the minority on the council became the majority and dismissed the 4 independent directors. Their goal was to change the way the park was being developed, shifting more responsibility to t he private sector.

“Separately, the Foundation for the Great Park had been formed – even before the corporation. The idea was that the city would function as the city and the foundation would function as the NGO partner. As Larry Agran began evaluating other models in other cities he decided to form a corporation – essentially a public agency – right in the middle of the relationship between the city and the foundation which essentially destabilized the foundation. At that point the corporation was in play and had money – a $200M developer fee and the strength of the city behind it, and as a nonprofit organization, able to raise its own money,” says Mike. The foundation’s role became superfluous.

Mike was appointed CEO in 2008 – the 5th CEO of the corporation in 5 years and he’s still there. He arrived at a time of growing pains for the corporation including the real estate depression and the decision to nix the funding stream for California’s redevelopment authorities – the primary funding mechanism for developing the park.

In late 2011 the California Supreme Court threw hundreds of redevelopment agencies out of business in an effort to improve the state budget, but for local economic development – and the Great Park – it cut off the lifeblood of their project funding. And it meant that the Orange County Great Park had to find a new way to develop itself.

Once the redevelopment agencies were dissolved, the city of Irvine sued but the state declared that the Great Park project was not entitled to an exception in the new law. That meant that the property taxes that would have come from the new homes and commercial sites built on the rest of the 4,682-acre decommissioned military base was no longer available – roughly $30 million in revenue annually that would have come over 45 years to pay back debt incurred in creating the park. The lost funding appeared to signal a significantly scaled down park from what previous plans had promised.

Fast forward to the last sixty days and the city is seeking settlement of the lawsuit with the state and has executed a new deal for the park that will bring $210 million in new development value for the park from the developer. In a split vote, City Council members granted approval to FivePoint Communities to build an extra 4,606 homes in return for constructing 688 acres of the Great Park. 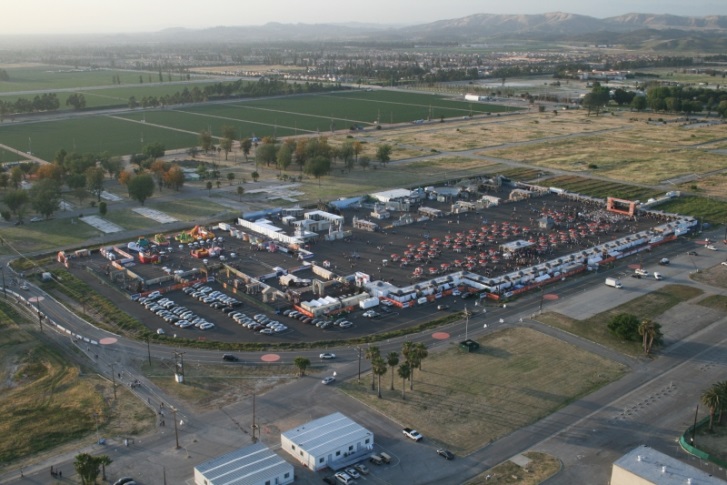 FivePoint Communties, a Lennar spinoff, will provide the funding and develop the next 688 acres then turn over the completed parkland to the city. Their return is a more fully developed park that will attract home buyers and make their property more valuable. The park will eventually be surrounded by development including a renovated train station and transit-oriented development.

The agreement is a departure from earlier plans – less bucolic parkland and more recreation focused but, Mike says, “The public benefit associated with the entitlement is a win-win giving the park the resources it needs to continue to develop. We needed other alternatives to bring revenue for the park.”

Now the roles have shifted a bit putting the private developer, the Foundation for the Great Park and the Great Park Corporation in a more well-defined partnership. “The Foundation up to now has had a hard time getting a toe-hold,” says Mike. “Along with the politics of this project that made it confusing for the community the foundation also had a hard time raising money since it seemed their role was supplanted. Where this is going to end up I believe is that we’ll get back to the way that it was ten years ago: a foundation and a municipal operation; the corporation may eventually look like a more traditional redevelopment agency.”

“We’re already working with the foundation on a day to day relationship planning events, conducting planning studies and managing programs. Now we’ll begin working with the developer as well – focused both on constructing the 688 acres of parkland and developing a new plan for an operational budget.”

FivePoint Communities will pay the park $1.25 million a year for operations for 8 years. The Great Park currently receives another $9.5 million from a community facilities district; a secondary maintenance allowance from the district will kick in in the future. Says Mike, “We’re now planning for how we can generate additional revenue for this new park addition – a cash flow model for the future.”

One other piece of the park and its residential neighborhood that could anchor their efforts is the planned transit oriented district – a transit station that incorporates a cultural district with museums, a library – and additional community facilities district funding.

“Our job next is to demonstrate that we can take care of the new park as it grows. At the moment the corporation has complete responsibility for maintaining, programming and operating. As we move forward and construct an additional 688 acres, we’re planning for how to receive and maintain the new acreage,” Mike says. 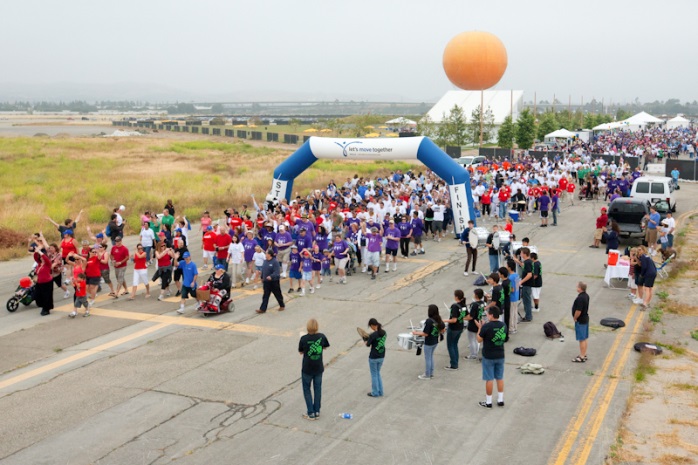 “We’re currently making $8-10 million in earned revenue. But a lot of this is being generated on undeveloped property. As the park gets developed that revenue-generating undeveloped space – such as agricultural land – will disappear so we’ll need new sources of revenues.”

In the midst of all these leadership and funding challenges the good news is that the park’s visitation has continued to grow. There were nearly 800,000 visitors in 2012. In 2013 this figure was somewhat reduced since new city council began charging fees for some programs with fewer programs overall when the park’s budget was cut by 20-25%.

“We still expect to approach 1 million visitors but new policies may slow that goal. We’re holding fewer events but still have attractive attendance for those. That’s why the foundation becomes more and more important. We are now asking the city council to consider providing a multi-year seed grant to the foundation to transfer over responsibilities for programs to the foundation and give them a head start in generating their own support.

“The 688 acres will be leased – or offered in a management agreement to the developer for developing the acreage. A concept plan and design will guide their construction using private funds and contractors and working with the city through the permitting process following a modification to the masterplan. As amenities are developed the land will be returned to the city.”

So what does all this say about the challenges of public private partnerships and the difficulty of realizing a plan for over 1000 acres of new parkland?

“The majority of our leaders now see that stronger private partners are needed. For years now we’ve had no development and no redevelopment agency funds. We’ve been working piecemeal on individual private partnerships in the interim, e.g., a soccer academy, the potential of an ice center on the property built in partnership with the Anaheim Ducks. But now we can again focus on our masterplan and develop a working relationship with FivePoint,” Mike says.

As other park leaders interviewed for this blog have said, in building these partnerships balance is key and in a changing political and economic climate such as the one Orange County California has seen, the right balance may be a moving target.

“It’s been very, very challenging but it really is one of the great projects in the country right now,” says Mike. “We are an example of almost everything I read about that’s going on in great city parks today. We have cutting edge programs including a great urban agriculture program for feeding the hungry. We’re doing all sorts of things that public parks should do while working on figuring out that right balance of private and public leadership. Too private and it feels like a sharp elbow; too public and progress bogs down in political process. Here at the Great Park we are right in the middle of it all and it’s fascinating.”

All photos are from the OCGP website as is the original video link.