Belle Isle Conservancy – One Step at a Time

Belle Isle, the 985 acre-island and city park in the Detroit River – and the crown jewel of Detroit’s park system on the one hand, is in trouble. It has a backlog of clean-up, restoration, and environmental challenges that would make any park conservancy director’s head swim – including a half dozen historic structures in need of repair, overgrown walking paths, shoreline erosion, invasive species, and padlocked restrooms. 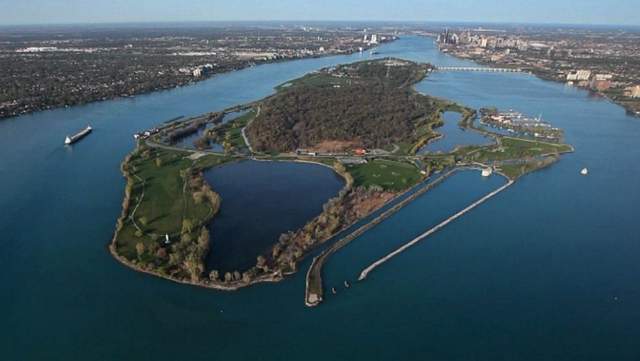 But Michele Hodges, Belle Isle Conservancy’s new and very first President, who began work in January of this year, sees it differently – as do its many online fans that see through the deterioration to its great views of the Detroit skyline, beautiful architectural assets and Olmsted-designed promenades that lead to the water’s edge. It’s those fans who convinced Michele to take the job: “Belle Isle has an amazing amount of public support and goodwill. My job is to harness that.”

It’s not like the Conservancy starts from scratch though. Belle Isle has a long history of private partners supporting the park, starting with the Friends of Belle Isle which was founded in 1972. Joining the effort in 1988, the Belle Isle Botanical Society began raising money for projects to improve the Anna Scripps Whitcomb Conservatory. In 2004, the Belle Isle Women’s Committee was created and its first project was to upgrade Sunset Point.

“It was the quality of leadership that brought these organizations together, with stakeholders who had worked on behalf of the park for more than 40 years,” said Michele. By 2009 these leaders knew their future was in working as one team in order to be a stronger advocate for the park. They secured foundation funding, brought in a consultant and worked for almost two years in aligning their missions and looking forward.

“Community engagement with the stakeholders from the start was important to the merger but it has also laid the foundation for moving forward – now people are already engaged with the park,” says Michele.

The first stakeholder meetings were held in 2009 to see what advocates wanted for the park. A user survey was conducted in 2010 – all volunteer driven – with 2200 respondents. By 2010 merger plans were in the works based on the sentiment of users and advocates that one voice would lead to stronger leadership. The four organizations voted to move forward in January 2011.

Where Do You Begin?

Sarah Earley, chairwoman of the nonprofit Belle Isle Conservancy, was recently quoted in the local paper as saying, “When we talk about what the park needs, you and I could talk forever.”

Not unlike the downtown BIDs I’ve talked to, “clean and safe” is the first priority. And as Michele sees it, there is lots of low-hanging fruit. “Our first job is capacity building and working to support and enhance the work of our 4500 volunteers. We have a track record of foundation support and through our annual events, raise $400,000. It’s all right there for us to harness, put a system in place and get started.” And getting started in this case means focusing on capacity building – hiring someone to manage the volunteer base and “being a master of leverage” in getting staff and volunteers in place for some key projects that don’t spread the organization too thinly. 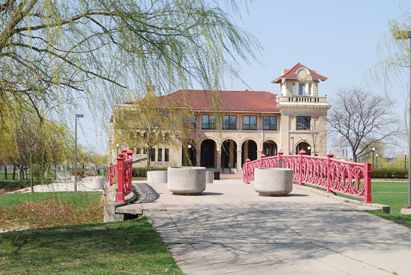 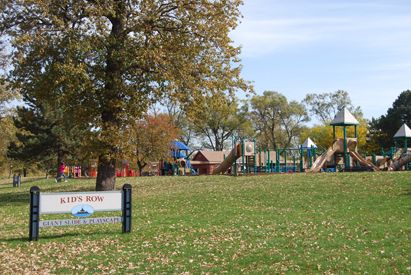 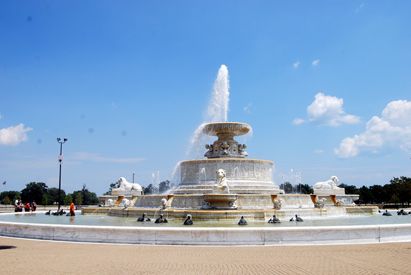 Working with the City

Beyond an MOU that exists for the Conservancy and the city to work together around managing the aquarium there is no written agreement between the two entities. The aquarium re-opened to the public last September after shutting down in 2005. A $75,000 grant from the state of Michigan to repair the roof and skylights – and a group of 30 volunteers – keeps the aquarium running and open to the public every Saturday.

Currently the city operates and maintains the park. Michele said they are looking at the Central Park Conservancy model as one potential way for them to work with the city. But it is premature to say that they will follow that model. A masterplan for the park was updated in 2005 and the Conservancy has begun talks with the planning firm which did the original plan about what is still relevant. Assessments will be conducted of all the major assets to develop a capital improvements plan.

Gov. Rick Snyder of Michigan has offered to lease Belle Isle. Under the plan, in the works since last summer, the island would become a state park with an entry fee, thus covering the annual $6 million in maintenance and operations costs — funds sorely needed for the beloved landmark, which in recent years has fallen into disrepair. But for the moment the city council has nixed the idea. 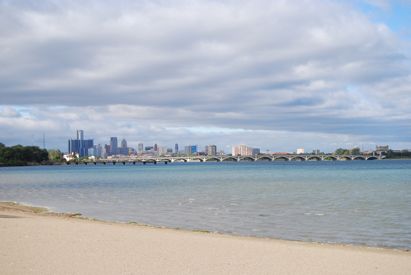 “We’ll work with whatever entity is at the table,” says Michele. We were included in the proposal documents as a go-to entity for the state. We were advocates for the proposal because we saw it as bringing resources to the table; and we saw the lease as an opportunity manage through the crisis.”

The idea is not dead. An Emergency Financial Manager appointed by the Governor started this week, so it’s possible that the discussion will be re-ignited – and involve all three parties.

Building the Budget and the Board

The Conservancy’s budget is almost $1.5 million including restricted funds with $700,000 spent annually for operations. The city spends another estimated $2-3 million in the park. For the moment there is no earned income revenue but the idea is on the table. So is building on the success of their annual fundraisers like the Grand Prix that runs through the park.

Though racing cars through a park is not a common way to raise funds, in June of this year the Grand Prix will once again take place at Belle Isle. It’s one of their biggest fundraisers and the Grand Prix directors are very supportive of the park. The Grand Prix though is just one event of many that take place annually in the park and the Conservancy is looking at ways to manage this distinctive event better and in balance with all the other goals and activities for the park.

They are continuing to build out their board. Their bylaws allow for 35 members and they are currently at 19 or 20. Michele is a big believer in engagement and getting a truly representative board. They do much of their business by committee – with committees made up of board members and non-members.

The board is balancing the idea of taking on a major capital project early on with doing “lighter, quicker, cheaper” – identifying things that can happen quickly this summer to show improvement.

Each time I look at a P3 partnership for parks in a city I wonder how the issue of private conservancies for parks is taking hold. Given Detroit’s financial woes and challenges it’s not surprising to see more partnerships blossoming. Not just private-public but public-public, too, across jurisdictions. It may turn out to be the best place to trial and showcase what P3s can do in a city.

“Our first goal is to build social capital. If you don’t have your social capital, cash doesn’t go as far. More than anything else we need the P3 capital – even more than cash.” Then, Michele says, you can make decisions together and come to conclusions about the right balance together. “We’re at a very important stage of our growth; we want to find the model that works for our community and has all of our stakeholders involved.”

Many in the city are talking about the right mix of P3s to make the city work well again. John Gallagher has a long career covering urban redevelopment for the Detroit Free Press, and a new book out about Detroit that looks at reinvention ideas for the city. In a recent column he talks about that public-private balance, saying, “….perhaps the time has come to stop looking at groups like University Circle Inc. [a community service corporation in Cleveland] as a backstop for weak or nonexistent city services and more as a model for a new way of governing urban places.”

And today, while I spoke with Michele, Detroit Mayor Dave Bing announced that local business leaders had come up with $8 million to buy the city ambulances and police patrol cars. The money from leaders within the Downtown Detroit Partnership will get the city 23 new EMS rigs and 100 police cars.

“Working together we can transform our city,” Bing said.