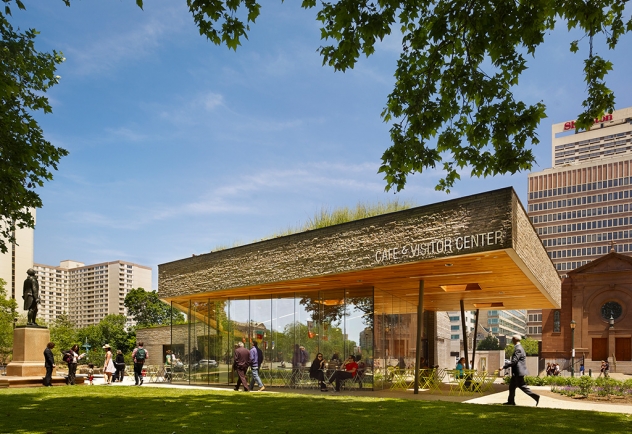 In May of 2012, the Center City District in Philadelphia cut the ribbon on a renovated Sister Cities Park, located along the Benjamin Franklin Parkway. The $5 million renovation project is leased by Center City District (CCD) for $1 a year from the City of Philadelphia’s Parks & Recreation Department for 30 years, with the CCD having full maintenance and management responsibilities. 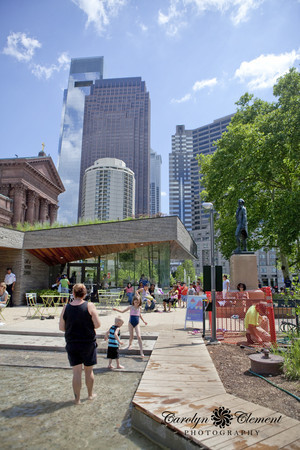 There are now nearly 1,000 Business Improvement Districts (BIDs) in the United States. New York City has 67 BIDs, the most of any city, but BIDs exist in almost every one of the top 50 largest cities in the United States. BIDs – largely financed by taxes on property owners in a given district – are increasingly including public spaces and parks in their mission. Park Conservancies, on the other hand, are financed largely by donations. Both types of organizations usually take the nonprofit form (or a quasi-public form) but the former has a broader mission of which parks are a part and thus their efforts take shape differently.

I talked recently with Paul Levy, Executive Director for the CCD about why his district is taking on parks as part of its mission. Paul believes that parks are one more way to creating an attractive environment. Parks are a relatively new investment for them. Starting in the early 2000s they began working in Collins Park and at Three Parkway Plaza. Sister Cities is their third park and Dilworth, expected to be completed next summer, will be their next one.

The mission of the Central City District is to improve life in Center City – and that, for them, includes parks. “Parks were dismal. So even though this park existed and had a nice history no one knew where it was and even if they did it wasn’t safe to go to,” says Levy.

But they didn’t try to go from zero to sixty. CCD has operated for 22 years. They started, like other BIDs, with a focus on clean and safe; then they took on some capital improvements slowly ramping up. Their first big park project was the café at Three Parkway Plaza – where there was lots of skepticism but the track record has proven the strategy to work. There is increasing trust that CCD can manage these parks and generate revenues for doing so. And to stem concern by district business owners about large capital outlays, all of the capital for the park was raised through non-BID sources so BID owners had only to pay for operating.

“A lot of change comes from gradual improvements,” Levy explains.

Following the model successfully established by Café Cret at Three Parkway Plaza, the CCD engages vendors to animate the parks and provide a revenue source. The Milk and Honey Café in Sister Cities Park is a key part of the business plan that makes the park work.

Levy says that the operations budget for the park comes from a few different sources. CCD carries certain functions through its primary operating budget including cleaning and security at about $150,000 annually. The café generates about $50,000 in rent that is pledged to maintenance of the space. They are currently in the process of outsourcing to another company for managing events – e.g., working with conventions, events and sponsorships. The revenue goal for these activities is $275,000 for a total of $470,000 annually.

The Center City neighborhood includes the central business district and its central neighborhoods. As of 2010, its residential population of over 57,000 made it the third most populous downtown in the United States, after New York City’s and Chicago’s. Sister Cities Park sits along the Benjamin Franklin parkway – a scenic boulevard that runs through the Center City, and is the cultural heart of Philadelphia and its museum district – including being the new home of the Barnes Foundation.

The success of the BID’s work with parks is based on their broader mission and a collective – and collaborative – look at the whole parkway. Since 2000 the BID has worked with all the cultural institutions along the parkway to reconceive and animate the corridor. Levy says, “Too dominated by the auto, the landscaped parkway was too much of a highway and not enough of a park space. It felt like an unfinished space – will no place for pedestrians.”

Olin did a masterplan paid for by local foundations with a focus on making the corridor pedestrian-friendly and a goal of having something along the corridor every minute for strolling pedestrians – hence the value of renovating and programming the parks. 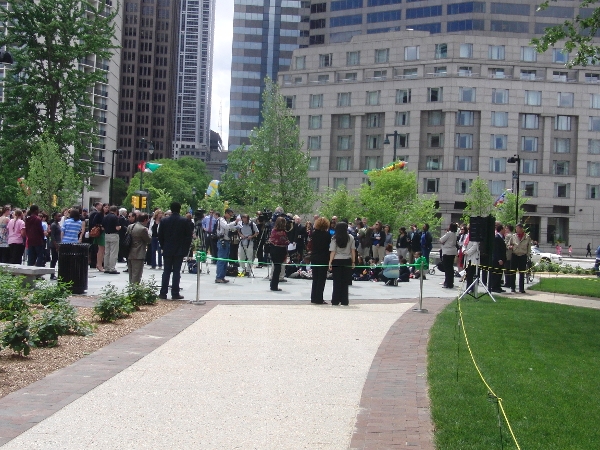 The work of BIDs is similar to that of park conservancies in that both raise money for park renovations, improvements and operations. But the BIDs have the security of improvement district revenues standing behind them. It won’t fund all the costs of the park but it does carry them through the ups and downs of revenue cycles.

Michael DiBerardinis is Commissioner of the Department of Parks and Recreation. Levy says that Mike is, “…eager to be in partnership with other organizations.” Having city leadership behind the idea of partnerships makes a big difference and DiBerardinis who served as recreation commissioner once before under then-Mayor Rendell from 1992 through 1999, has won accolades for enhancing programs, reviving rec centers and playgrounds and engaging partners to help.

BIDs can be a resource for parks but the most likely candidates are those BIDs in bigger cities who have bigger budgets and more resources to go beyond their traditional clean and safe mandate. City Parks Alliance’s Frontline Parks feature many partnerships with BIDs. But BID leadership has to see parks as critical to its mission. Central City District’s goal is to create activity and attract people to this part of the Parkway. The park is the vehicle for doing that. “We’re putting uses in there that draw people into the park,” says Levy.

Links to text in bold:

The first photo comes from:

The second photo is from the visitor’s council: http://www.ivc.org/sister_cities_park

The third photo of the visitors center/café which is from: http://www.phlvisitorcenter.com/attraction/sister-cities-park-caf%C3%A9-visitor-center