Last week’s blog focused on the role of BIDs in park management and programming. BIDs generally have been studied quite a bit by academics and urban economists, and case studies abound even if their role in managing parks is relatively new. In contrast, park conservancies or “friends of the park” groups have not been studied much in spite of being around now for more than a few decades.

These groups have long existed either as one-off organizing efforts to clean parks or host events, or as longer term cooperative ventures for raising funds, carrying out programs and delivering new infrastructure. But academics have not studied their organization and operation. And, more recently, the formalization of these “friends groups” through contracts as full-fledged business partners is an even newer development. 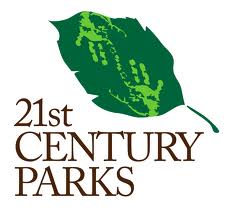 Paul Eagles, the Canadian planner and academic at the University of Waterloo who has been studying governance, points out that governance is not only a relatively new concept within the study of parks but it is clearly distinguished from management and planning. Planning develops long-term goals along with an effective framework for identifying and allocating funds—a master plan and a realistic budget and capital improvements plan; management is the activity of meeting those goals with available resources; and then, governance is the process of decision-making and how those decisions are implemented or not.

Up until recently, governance over parks was most often the purview of public agencies; one could look at case studies of publicly managed parks and park systems and though management and programming might differ, governance was relatively the same. It is only in the last twenty years that varying models of partnerships – with other public agencies, nonprofits and for-profit corporations have become more common. According to Eagles (2008), governance is ‘‘the means for achieving direction, control, and coordination, which determines the effectiveness of management’’. The framework of new governance models and its ‘oversight’ of planning and management is what is driving change in our parks.

Eagles’ research looks at 10 governance criteria across a set of commonly used management models for park management – ranging from heavily public to heavily private management – and how these criteria are valued and change among different models:

2. Consensus orientation 7. Accountability to the public/stakeholders

In his research he finds that in practice, these ten criteria are given different levels of consideration. The most considered criteria were, in order: financial efficiency, public participation, strategic vision, and responsiveness – adding that his analysis assumes that all the criteria are equal, though in practice, financial effectiveness and equity may be valued higher by society than the others.

A general finding that emerges from Eagles’ analysis is that fiscal efficiency is lowest among parks that are wholly government-owned and run, due in part to centralized and inflexible budgets – a point made by Crompton as well. The fact that financial efficiency appears, in practice, as the most-valued criterion of park governance, helps explain why alternative governance and private partnerships are being increasingly adopted for park management.

The public’s demand, their engagement and accountability to them are especially important in guiding governance and these issues play a vital role in ensuring continued support for public parks and their private partners. Governance determines who has the power, who makes decisions, how other players make their voice heard and what methods there are for accountability.

The shape of these management models that include partnerships is just beginning to be reviewed – how do they collaborate, share tasks and remain accountable and transparent to their users and donors. The evolution of the friends groups to the contractual managers with 50-year lease holders is a wholesale shift from just twenty years ago. It’s a good time to look more closely at how these partnerships are crafted, to understand their challenges, to look more closely at how they’re working – and, to understand that the future of parks is wrapped up in these new forms of leadership.