A blog dedicated to talking about public-private partnerships created for parks has to begin with one of the oldest and most successful – the City of New York and the Central Park Conservancy. When the Central Park Conservancy was formed in 1980 the idea of a public-private partnership for parks that went beyond just fundraising was a radical notion; the idea, driven partly by New York City’s devastated financial condition and the park’s dramatic deterioration in the 1960s and 1970s, came at a ripe moment.

The strength behind the idea of a new kind of partnership was the constituency that was created that brought its resources and influence to not only change the way the city managed the park but to provide a valuable role in supporting the city with park operations.

The Central Park Task Force and the Central Park Community Fund, two of the leading advocacy groups that led the charge to restore the park, called for the establishment of a single position within the Parks Department to oversee the planning and management of Central Park, and for a board of guardians to provide citizen oversight in order to create a more effective business structure with more accountability and control over what happened in the park.

Much like most business partnerships, public-private partnerships created for parks are based on the partners’ complementary strengths with each partner bringing both assets and liabilities to the partnership – ideally the assets of one partner offsetting the liabilities of the other. Chris Walker, in his report, “Lessons from the Lila Wallace Readers Digest Urban Parks Program,” (1999) suggests a framework for understanding park partnerships and what drives them:

Structure (or governance): How is the partnership organized and responsive to the park’s constituency? What’s the balance of ‘altruism’ and self-interest?

Control (and partnership roles): Who makes the decisions?

Assets and Liabilities: How are assets and liabilities shared?

Risks (and investments): What are the strategies for mitigating risk? Who’s stepping up to bring new resources to a park?

I’ve added my thoughts in italics, expanding on Chris’s observations and I’d probably add monitoring and performance evaluation as another element of that structure.

Public-private partnerships were occurring in local government in the 1980s but they were rare. While there are examples of public-private arrangements over the course of U.S. history, more were created across the spectrum of public projects starting in the late 1970s with the Reagan administration’s “devolution” of the federal role in providing services, spurred by the recession and some say, the first seeds of some new thinking about governance – the idea that the normal powers and strength of the public sector would not be sufficient to deal with the new economy. Most applications of P3s in those days centered on solving fiscal crises – and in the case of Central Park this was certainly true.

Partnerships usually start by a friends group offering support to a park. Pretty soon the two groups are working together and making decisions together and a level of trust is built – and thus, a partnership is built. Until 1993, there was no agreement between the City of New York and the Central Park Conservancy. In 1993, the City and the Conservancy signed a Memorandum of Understanding that defined the partnerships and their general roles.

In 1998, the MOU was superseded by a contract that officially recognized the Conservancy as the organization responsible for the management of Central Park. The contract was unique in that roles for the two partners had been established over years of experience – they didn’t have to make guesses about who should be doing what – and thus the provisions in the contract came together naturally.

Central Park’s transformation under the partnership of the Conservancy and the City began with modest but significant first steps toward reclaiming the park by addressing needs that could not be met within the existing structure and resources of the Parks Department. The Conservancy focused on hiring interns and establishing a small restoration staff to reconstruct and repair unique rustic structures, undertaking horticultural projects, and removing graffiti. Eventually the Conservancy’s role grew to include planning and restoration, and transforming the Park’s management. 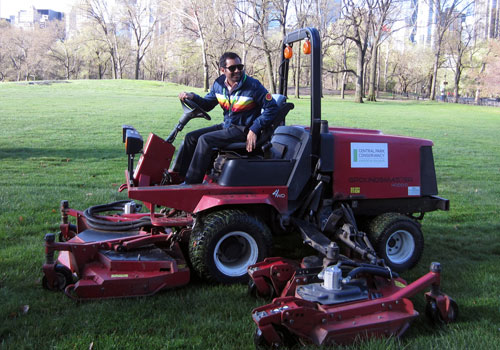 Partnerships are typically organized so that each of the participants—public and private—take responsibility for what they do best, which produces the most efficient management structure and ideally the one with the most value. Many believe that public-private partnerships (P3s) can be so effective because they survive by being more accountable – in order to keep their contract with the city, meet the expectations of donors and provide services for users they have to be on top of their game.

In 2006, the partnership agreement was renewed for eight years. Chris Nolan, Vice President for Planning, Design and Construction at the Conservancy, says that a lot has worked over the years due to ongoing communication and 20 years of working together. “The value of building relationships and developing common goals in the 1980s and 1990s led to the written agreement and what made sense for Central Park. The agreement evolved from experience and a successful track record, and now underlies a commitment to working together.” The aims, goals, principles and purpose of the working partnership are clear.

But not only must the underlying agreement be clear but line management and accountability procedures must be clear, especially since, as Chris Walker describes (1999), there are general partners and limited partners in this P3 structure for parks. The general partners in this case are the Conservancy and the City Parks Department. The limited partners are the other agencies that support the partnership and the various constituencies that use or support parks. 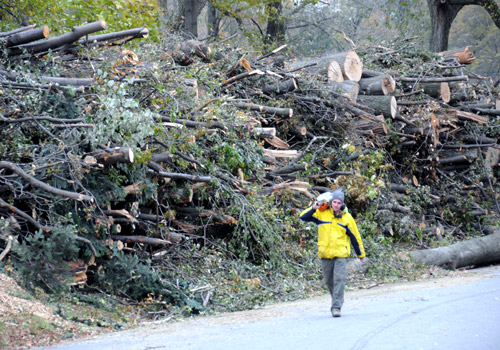 Nolan says that managing the park means keeping the team relationships working well. This is carried out mostly through weekly operations staff meetings with all of the parties. The Conservancy facilitates and the discussion is focused on what’s coming up in the next week or month. And through these meetings they manage upcoming events and activities. Central Park hosts over 2000 events a year. There are quarterly meetings for looking ahead at longer term events and the dialogue between program people is ongoing about the yearly calendar. “The Central Park Conservancy manages the park’s operations and most programs soup to nuts,” says Nolan.

Until the Central Park Conservancy was created and developed a track record, many city park directors across the nation were uncomfortable with the idea of sharing park management – for them it meant that their department had failed in its mission. This kind of thinking is no longer the case as most park departments around the nation now rely on some form of P3s to operate.

Central Park will always be a public park. The Conservancy involves the public in the planning of any improvements to the Park and the management agreement makes clear that the City Parks Commissioner is the final authority in the park. And the contract between the Conservancy and the City provides that, “…CPC shall provide or cause to be provided, services specified for maintaining and repairing Central Park to the reasonable satisfaction of the Commissioner.”

The Conservancy, an independent organization, is accountable to the City of New York – and as importantly to its users and donors whose expectations are that the park be well-maintained, accessible, safe and beautiful. The Conservancy now raises 85% of Central Park’s $42.5 million annual park-wide expense budget and is responsible for all basic care of the park, and the City has come to rely on the partnership. As Nolan puts it, “In the execution of our work as the Central Park Conservancy we partner with the city to meet both our goals.”

Are P3s the answer to all of a park’s problems? Probably not, but they can be a viable approach for pooling the best resources available from public agencies and private business as well as citizen-based organizations who care about a park. A quick scan of the City Parks Alliance website feature, “Frontline Parks,” shows almost all of the 39 parks featured talking about partnerships. Cities should be searching for park partnerships that make sense to their mission all the time while paying careful attention to those fundamental partnership issues: structure, governance, roles, risk-sharing, and monitoring.