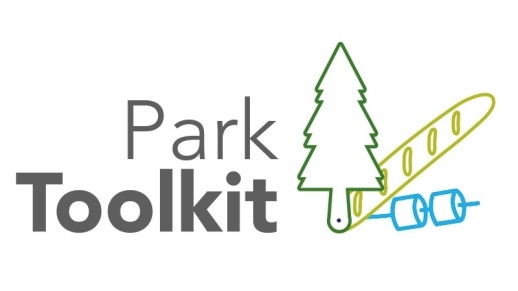 Involving citizens and communities in the process of managing city parks may represent a new way of doing business for public park agencies, but it is an increasing necessity to have a constituency that supports and advocates for what the agency does. How a parks department is organized to accept and use different kinds of resources – including funding and volunteer support – will require unprecedented collaboration between the networks of public, private, and philanthropic actors, with a strong community base. Cities across the U.S. are coming to understand this and so are some across the border from us.

In 2011, Peter Harnik at the Center for City Park Excellence suggested to Dave Harvey that he “throw everyone into a room” to talk about the need and value of a park partnership organization in Toronto. And he did. Representatives from 25-year old friends groups met newer friends of the parks’ groups and none knew of the existence of the others. As one person noted, “I’ve been working for years on my parks friends group and you are the first person to call and offer help.” The first meeting offered an opportunity for a wealth of pent-up sharing that turned into Toronto’s Park People.

A lot of factors led to the creation of Park People but one key factor was the 1998 amalgamation – or merger – of six municipalities comprising Metropolitan Toronto. The merger was proposed as a cost-saving measure but the move caused turmoil for the city in its efforts to blend the policies, practices, priorities of six different cities – combined with budget cutbacks.

In the old city of Toronto, access and equity had been long-standing policy priorities. Recreation was subsidized, and in effect, ‘free’ to residents. After amalgamation, which focused on efficiency and cost-effectiveness, many recreational activities had user fees associated with them. 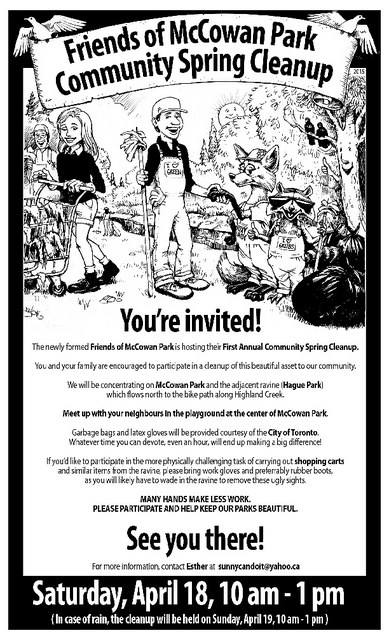 “The city had long done excellent work around parks but after the amalgamation and its budget cuts, the parks department was shell-shocked and didn’t have time to focus on constituency-building while it was trying to re-build its department,” says Dave Harvey, now Executive Director of Park People.

On the whole, park partnerships are quite new in Canada. “There’s a different culture up here that relies on government to take care of things – and historically government has done a good job of supporting city parks,” says Harvey. But over the last few decades, pressure to keep taxes low along with densifying cities have made it harder for the parks department to meet growing needs. “We’ve been in a bind with governments that can’t meet increasing needs but believing it was their job alone to do so.”

In general, cities are moving away from simply assessing a community’s “needs” and “wants”, which can result in a long wish list and unrealistic expectations of how they can meet these desires, and more toward an approach that is participatory and collaborative. As Harvey puts it, “…the city needs to transform the parks department from an asset-management business to more of a community-engagement business.”

And Toronto is working on doing just that. “We’re making good progress,” says Harvey. “We’re building trust from both sides and learning. The city is seeing the opportunity of working with volunteers and what they can bring to the table; the elected officials got it right away.”

Park People has eight staff and a core budget of about $600,000. “We’re in the community engagement business through toolkits, summits, newsletters and social media. We’re especially hands on with groups in low-income neighborhoods.”

Park People has an innovative partnership with The W. Garfield Weston Foundation and the Ontario Trillium Foundation to administer and bring expertise to the Weston Family Parks Challenge. The program supports projects that enhance the natural elements in parks, engage a broad range of partners and the local community and have the potential to be replicated in other jurisdictions.

With a commitment of $5 million over three years, The W. Garfield Weston Foundation launched the program to ensure the long-term sustainability of Toronto’s parks. Building on the success of the first year, the Ontario Trillium Foundation joined in 2014 with an additional commitment of $1.125 million towards the initiative. “In Canada this level of philanthropy for city parks is unheard of,” says Harvey.

Park People has also started the TD Park Builders program, in partnership with TD Bank. “Our work with communities has evolved,” says Harvey. “Originally we were working mostly in downtown, more affluent and connected neighborhoods. But our key challenge now is really in the inner suburbs where apartment buildings from the 1960s and 1970s now house hundreds of thousands of new immigrants often with little connection to community spaces.”

The biggest challenge for Park People is finding the right balance in bringing the city to the table as a real partner in public spaces. “Are we an advocate or a partnership organization for improving communities and engaging constituency? Is our work best achieved by pounding the table or do we try to solve our challenges with collaboration? We’re learning that it’s a little bit of both and we’re evolving. It has been helpful to talk to other organizations like San Francisco Parks Alliance to learn how they amalgamated two different organizations and now manage to balance advocacy, fundraising and neighborhood partnerships,” says Harvey.

As in other cities, where parks are being used much more intensively now, Park People wants to help the city realize the potential of parks and public spaces as community building spaces. Government’s role in maximizing those opportunities is critical. Says Harvey, “We all need to be more creative about how to meet people’s changing needs in public parks.”

Building a parks culture that promotes volunteering and welcomes community engagement as something more than a temporal and transactional effort is hard. It will take time and long-term commitment from agency leaders to shift the beliefs, habits and mindsets of public officials away from the way things have always been done.

So what lessons does Harvey offer for other cities?

“You can’t succeed without the city. You have to work with them. As much effort as you put into building the neighborhood network you have to put into working with the city; your neighborhood network won’t be sustainable without a good way of working with the city. In our experience, success breeds success. By reaching out to the city and showing the positive outcomes that can come out of these partnerships we’re building trust and support. Both of you, at the end of the day should look at each other and say we couldn’t do it without the other.”

One indication of the progress that Park People is making is their work in and around public housing projects, helping to reimagine their redevelopment with more public space, gardens and parks. Park People is also championing the Green Line, a potential new 3-mile linear park through a utility corridor being built out of some existing park spaces, brownfields, and parking lots. 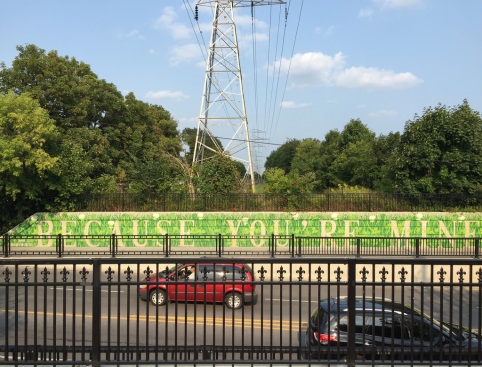 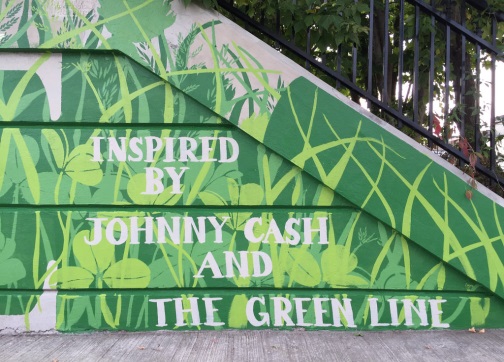 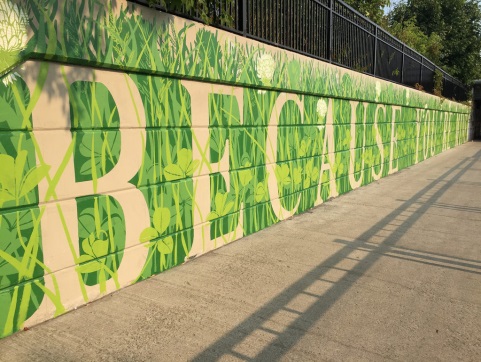 Next summer you’ll have a chance to find out for yourself. In 2016, Park People is collaborating with the City of Toronto Parks, Forestry and Recreation Division, and Toronto Parks and Trees Foundation, to host City Parks Alliance’s summer parks tour, highlighting projects around waterfront redevelopment; parks serving large new immigrant communities/population increases; and partnerships with non-profits and communities. Mark your calendars – tentative dates are July 21-23 – and keep an eye out for details on the City Parks Alliance website.

All photos are from www.parkpeople.ca