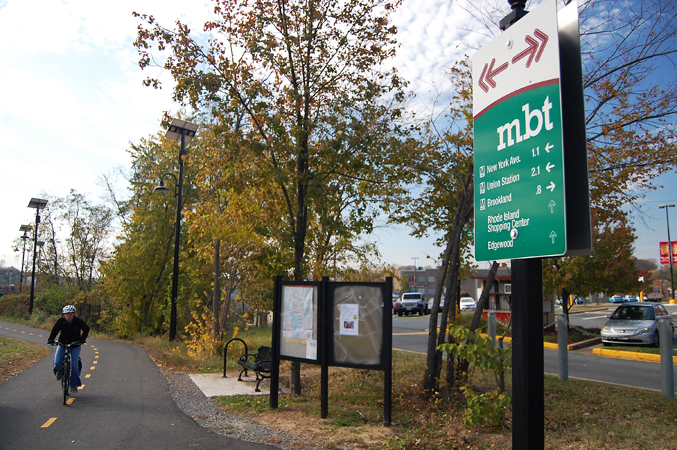 Abandoned rail lines running through city neighborhoods can be the perfect solution for creating a park in a high density city with little other available real estate. Rails to Trails Conservancy (RTC) has nearly a thirty year history of providing leadership in the creation of over 20,000 miles of new trail across the country. Today, it finds itself increasingly working in cities to forge the last connection to a regional trail system. This means tackling the shorter rail lines where their proximity to where people live, work and play make them a good choice for getting people outside walking and cycling.

But these urban trails require a lot more attention to get people to use them for recreation and transportation. And RTC finds itself increasingly a partner to not just building trails but programing them. 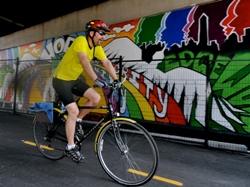 “RTC used to say build it and they will come, says Kelly Pack, RTC’s Director of Trail Development. “Now we say build it, maintain it, program it and they will come. In urban areas people have a lot more choices. Being more engaged on the programming side really helps to build awareness and get people hooked on their own neighborhood trails – and then hopefully onto regional trail systems.”

Stretching 8.25 miles from Union Station in downtown Washington, D.C., to Silver Spring, Md., just across the border from the District of Columbia, the Metropolitan Branch Trail has long been a goal of neighborhood residents and planners in Washington. RTC has been extremely active in organizing activities that encourage greater use of the Met Branch Trail.

“Part of it was involvement before the trail was built,” says Kelly. “We started with a lot of community outreach. All the property owners along the trail were contacted. We went to neighborhood advisory community meetings, public safety meetings and reached out to local schools. It turned out to be the best way to figure out who would be the best partners for programming. There is a large housing development near the trail with 1000 residents and they, along with the school, turned out to be a big partner in summer youth and after school programs.

With support from Kaiser Permanente, RTC partnered with a public charter school to install an educational garden along the trail and added a part-time gardening instructor to offer classes on nutrition and gardening. RTC also worked with the local citizen-led safety patrol, the Guardian Angels, to help institute a volunteer patrol along the trail that has helped improve trail safety. RTC developed a video around safety issues and trails and included the Met Branch as a case study. ( http://vimeo.com/12774906)

“We partnered with the District Department of Transportation to create and install neighborhood identity and way-finding signage. We worked to artistically connect it to neighborhood features to make it a part of the neighborhood fabric. 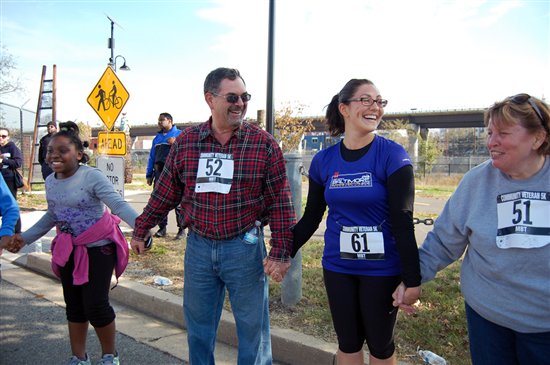 “We hosted meet-ups on the trail with local police and residents and partners to talk about concerns. We established trail patrols – and established a public listserv so that people could organize walks and rides together.”

RTC began tracking trail use when a new section of the Met Branch Trail opened in 2010; soon it will be part of a new RTC national counting program. Automated trail counters have been placed along the trail and are counting about 15,000 users a month.

Kelly says, “The more it gets used the less we have to do to. The trail has a Facebook page along with its online listserv to help informally connect people. Neighbors are now telling each other about activities. We even used sidewalk chalk to write on the trail surface what people needed to know about activities and news.”

Like any park, the trail needs a partner who can provide oversight and activate the pathway for collaborative efforts with public agencies, neighborhood nonprofits and schools. One lesson for all cities? Kelly says that it is to identify someone who is the neighborhood champion who has the time and interest and political know-how to work in the city and neighborhood as an advocate for the trail – and to ensure that there is a local established ‘friends of the trail’ group.

“At Met Branch we are working with solid and long-standing neighborhood organizations that are already stretched thin, says Kelly. “It’s hard to add one more cause to their list. Our goal is to find those one or two key people who are excited and to help them to foster a friends group. There’s a ton of people interested in helping out. But they need a leader. RTC started the effort but ultimately it needs to be at the local level.” 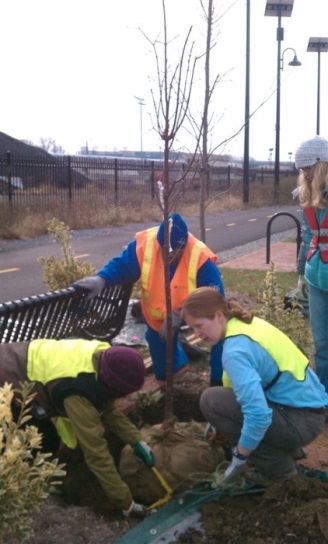 A second lesson? Conducting community outreach is essential to encouraging trail use among neighborhood residents.

“We worked with dozens of partners, says Kelly. We used our support from Kaiser Permanente which gave us the capacity to reach out. RTC is not currently involved in trail programming – but those partnerships we helped to create have sustained.