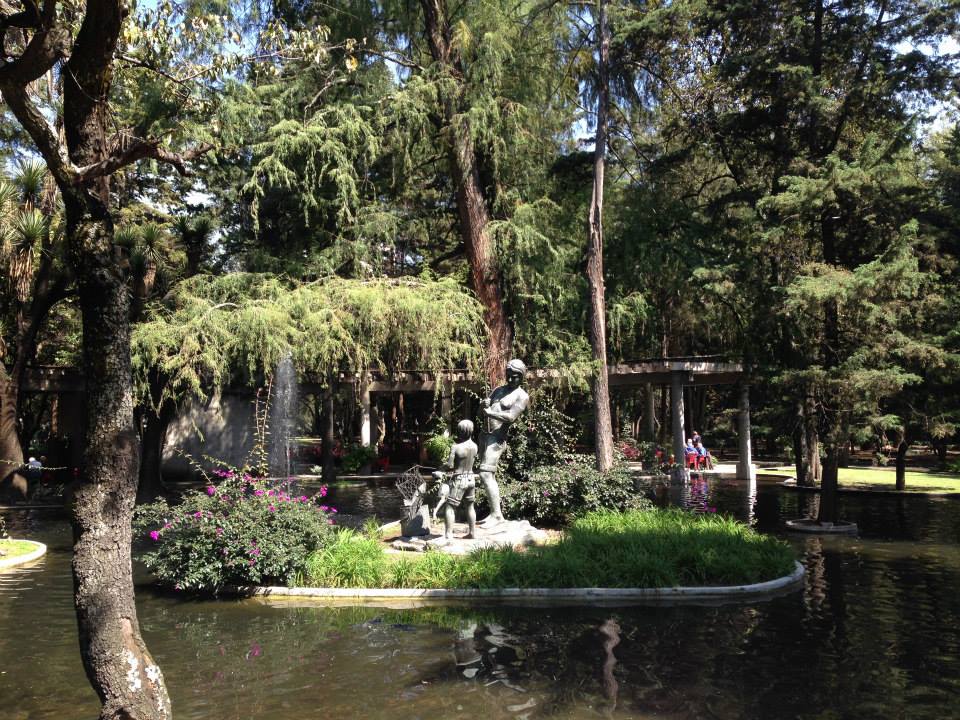 In October I was privileged to be one of a group of City Parks Alliance board members to be invited by the mayor to come to Mexico City. It was an opportunity for city park practitioners and advocates to share notes on their best practices – especially around partnerships. Gil Penalosa, Executive Director of 8-80 Cities, a fellow board member, facilitated the visit as an opening for more dialogue between park leaders in Mexico and U.S. 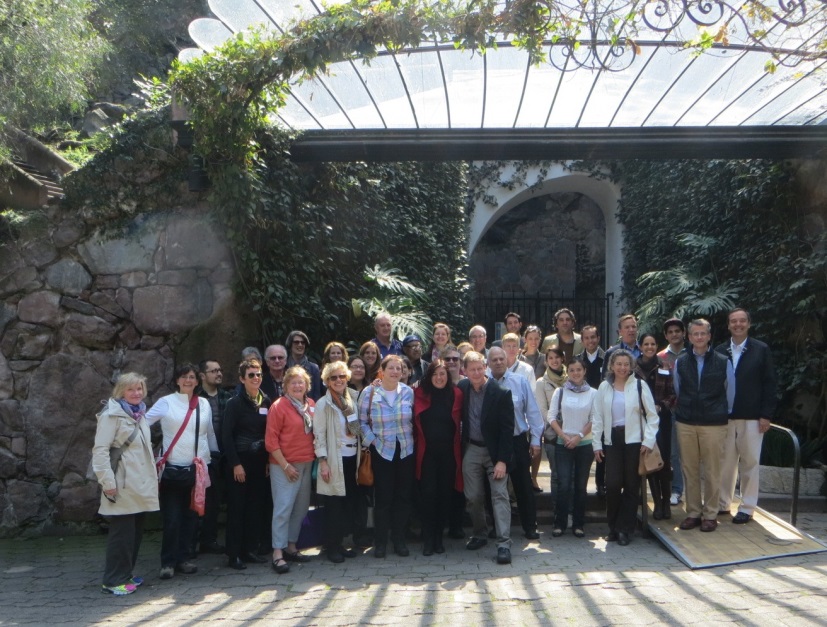 In addition to the city and the 8-80s team playing host to us, Fundacion+Espacios, the seven year-old nonprofit parks partner in the city, led many of our tours and hosted our discussions. The foundation is led by a board president who is one of the city’s largest housing developers and who was inspired to create the organization after a visit to San Francisco where he saw ‘parklets.’ When Gabriel Gόmez returned to Mexico City he began using this idea to build interest around the value of parks. Gabriel said he and the foundation are working to, “…save the spaces that cars are stealing from pedestrians.”

With a population exceeding 24 million – 8 million in the city proper – Mexico City is among the largest cities in the world—and one of the highest at an elevation of almost 8000 feet. I was one of eighteen board members to spend three days touring, sharing stories and learning a great deal about the city’s new, restored or redeveloped parks. This is the first in a short series of blogs on the visit and what we can learn from partnership efforts across the border.

Our first stop was at one of the city’s most treasured open spaces – Chapultepec Park, which at 1,600 acres is the largest natural area in the city. Chapultepec was once used by Aztec emperors for hunting and recreation; Tenochtitlan also got its drinking water from the park. It may be the oldest park in the Americas, officially dedicated as a park by the King of Spain in 1530. Today, Chapultepec is home to some of the city’s finest museums.

Chapultepec is to Mexico City what Central Park is to New York. Eighteen million visitors come to the park annually – 60% of them are families. The President of the country lives in the park. And they have established partnerships to help with managing the park including a nonprofit conservancy to help with park restoration, Probosque Chapultepec, whose goal is to ensure the preservation, rehabilitation and remodeling of Chapultepec Park.

The park is divided into three sections. The first is the oldest area of the park – and the most historical and cultural at 680 acres. It has a lake, a zoo, the Castle of Chapultepec (currently the National History Museum) and outstanding museums like the Modern Art Museum, the National Anthropology Museum, and the Rufino Tamayo Museum.

The second section, at just over 400 acres, is devoted more to sports and recreation; the third section, at almost 600 acres, opened in 1974 and is a protected natural area.

In 2003, degradation in the park led to the creation of a masterplan for the three sections. The Government and private partners worked together to guide the new masterplan. Their focus was on principles of pedestrian mobility; water and stormwater infrastructure; services/commerce; and environmental restoration.

Between 2004 and 2007 the first section of the park was restored and starting this year, the second section will be restored. In 2008 the Fountain Promenade at the park won an ASLA design award that recognized the restoration for both keeping with the park’s historic nature and using design practices to ensure sustainable maintenance. They also recognized the partnership that made it happen:

Various groups of citizens approached the Mayor of Mexico City in 2001, organized into a Citizen’s Regent Group (Consejo Rector Ciudadano) and a Board of Donors (Fideicomiso Revive Chapultepec). These groups together with the City officials and Park Administrators set themselves the job to look at the park extensively and integrally and to come up with a Master Plan and set of actions to restore the park. In an effort with no parallel in Mexico, half of the money for restoration has been collected from donations, including 1 million donors at metro stations and supermarkets, and private donations by corporations and important donors. 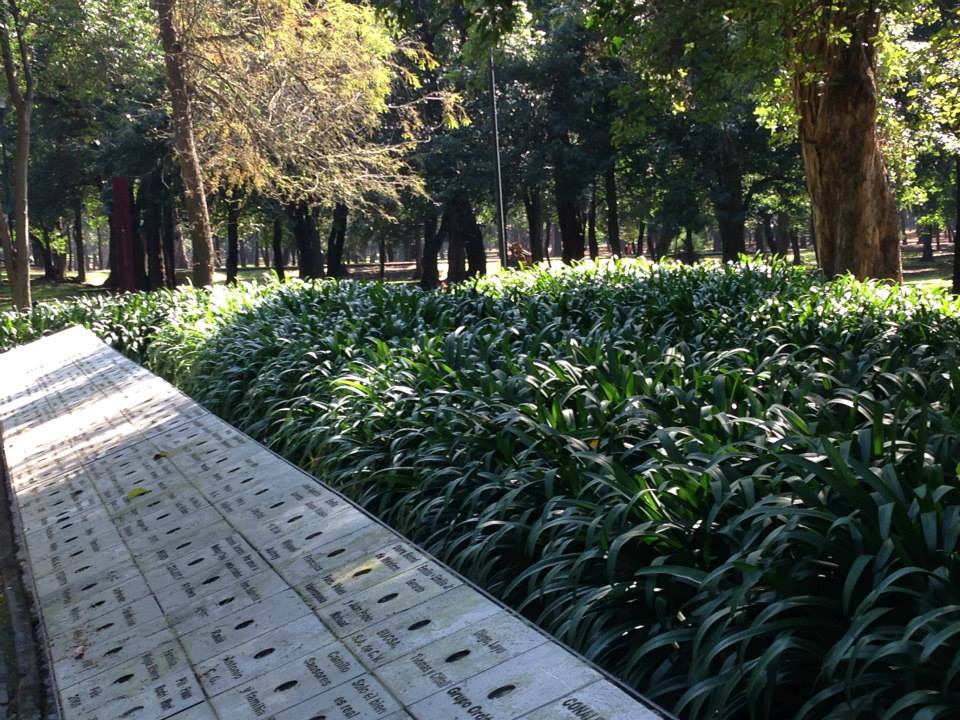 While philanthropic funds are raised for the park, the museums in the park don’t contribute to the park reserve. There is a history of welcoming partners in the park and then paying for park maintenance with taxes. But they are starting to clamp down on what is known as ‘informal commerce’ in the park. There is a goal to work with vendors to shape the park experience by adhering to park policies that give life to the park – e.g., regulating their hours so they are open when people come. This is considered as probably more important and more do-able than getting them to pay a fee to be there.

The park was filled with visitors on our Friday morning visit, on foot and bicycle, picnicking and visiting the museums. The renovated spaces were beautiful and comfortable. On Sunday, we were told, so many people visit the park that you can hardly walk through it. It daily visits have exceeded 250,000. Sunday is the most popular day to visit as the museums are free – daily visits can exceed 250,000 people – with families spending the entire day in the park, walking, seeing the attractions and picnicking.