Parks: In a Golden Age … Without Two Nickels? 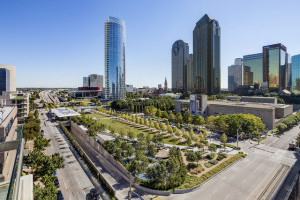 This has been a good week for news about city parks. Many of them have been featured in the press with a focus on the value they bring to cities.

Klyde Warren Park, a 5.2-acre deck park built over a recessed freeway in Texas, was awarded the 2014 ULI Urban Open Space Award for bridging the downtown Dallas cultural district with burgeoning mixed-use neighborhoods, “…reshaping the city and catalyzing economic development.” Klyde Warren Park is expected to generate $312.7 million in economic development and $12.7 million in tax revenue for the city of Dallas.

At the Philly Parks Future Forum park experts from five city parks agencies – Seattle, New York, Minneapolis, San Francisco and Chicago gathered to talk about characteristics of good city parks departments. Presented by the City Parks Alliance, the forum was focused on “…how city parks are one of the greatest assets to our country and how they are progressing nationally.” San Francisco’s Park Director, Phil Ginsberg, spoke about his city finally coming out of the recession with modest growth in their budget, saying, “The ROI for parks solving urban issues is high.”

And on the issue of equity, Jayne Miller, Superintendent for the Minneapolis Park and Recreation Board, said, “We know parks do more for cities to address the great divide – we reach everybody with our parks.” 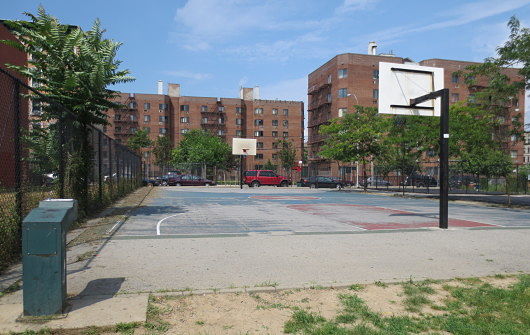 And the Urban Land Institute’s Fall meeting in New York City last week featured a panel with Peter Harnik, Center for City Park Excellence – who said that parks were in a golden age thanks to private sector alliances; Dan Biederman, Biederman Redevelopment Ventures; and Tupper Thomas, New Yorkers for Parks on parks and economic value. The take-away for the media was, “Open spaces in urban areas not only improve communities but can add billions of dollars to adjacent commercial real estate properties.”

Still, in spite of all this really terrific news about parks and all the value they are generating, most cities are still struggling to find enough revenue to operate and maintain them. The search continues for a business model that will lift all parks to a better and more sustainable standard for operations and maintenance.

The most common way of funding parks has been for cities to increase the annual budget for their parks and recreation agencies – but the reality today is that most cities are seeing these revenues decrease.

Another way to fund parks is to create new taxing districts – through a business improvement district (BID), e.g., Bryant Park’s district, which Dan Biederman spoke about at the ULI panel, saying, “We’re not comfortable taking money from the government or private philanthropies. We wrote off government funding completely in 1997.” 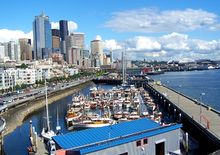 Or, a citywide special district as in the case of Seattle where city voters agreed in August to tax themselves with a new park district. The measure is expected to generate $48 million a year – with a property-tax rate set at 33 cents per $1,000 of assessed value, or about $149 annually for the owner of a $450,000 home. Acting Superintendent for Seattle Parks and Recreation, Christopher Williams, said the new funding and their strong citizen advisory board will create the resources and engagement needed to take on operations and maintenance for a growing system.

In the middle of the country, extreme philanthropy is creating new parks. Thanks to a generous gift of $350 million from the George Kaiser Family Foundation, in partnership with the city of Tulsa, the foundation is leading an effort to revitalize Tulsa’s riverfront by connecting three adjacent waterfront parcels to the existing River Parks system, creating a new and larger central open space for the city.

Possibly the most sustainable revenue source for parks is to leverage all that added real estate value they provide to their neighborhoods, as in the case of the controversial efforts at Brooklyn Bridge Park, a park which exists today because of a hybrid public-private model and an agreement between the state and the city that requires that the park be funded by private development.

In Philadelphia, Gia Biagi, Chief of Staff for the Chicago Park District, shared their efforts to mine the data on property valuation and parks to better understand the impact that parks are having on surrounding real estate. In studying the land value impact of properties within a two block radius of each park the Park District found that, on average, 1.5% of property value is due to the neighboring park. And small parks performed the best, with up to 3.5-4% of property value being leveraged by nearby parks.

Much remains to be done for parks to become sustainable in this golden age of philanthropy and private investment. Part of the solution is finding an equity and public interest balance with the increasing private funding and shared governance. As Gia Biagi said in Philadelphia, “The voices speaking for parks must be diverse, authentic and local.”

But part of the solution is also holding onto the public dollars that still flow to parks, as Tupper Thomas addressed nicely in her response to Mayor De Blasio’s proposed capital investment for community parks: “The Community Parks Initiative is smart parks policy that takes the long view. There are, of course, alternate ways to fund parks…but the key to addressing park equity issues has always been meaningful public-sector investment…”