A few weeks ago, Mayor de Blasio and the New York City Council passed a new budget that adds $15.5 million to the Parks Department budget. The money, for the most part, is targeted to small neighborhood parks for maintenance and capital projects.

The budget includes $5 million for hiring 75 additional parks enforcement patrol officers; $8.75 million for gardeners and maintenance workers – 40 new staff for each borough; and, $750,000 toward a new parks equity fund for neighborhood parks. 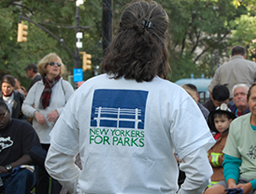 “Addressing park inequities begins with the public budget,” said Tupper Thomas, executive director of New Yorkers for Parks, an advocacy group, who called the increase “a great start.” “The Council has delivered on its commitment to neighborhood parks.”

If you googled on the words ‘parks’ and ‘equity’ as I did recently you’d think that the city of New York was the only one in the country struggling with this issue. A plethora of links pop up from every parks and equity advocate and pundit in the city. The issue, which grew and took hold during the city’s mayoral elections, stemmed from discussions on the role of conservancies and philanthropy in supporting city parks – and whether that private support has “dampened” political will for championing public funding. Others in the city see parks philanthropy driving more inequity in the provision and maintenance of the city’s parks. And yet others say that there are other factors involved including the decisions of individual council members. 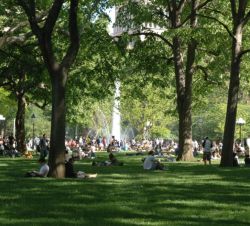 This spring’s budget discussions became a touchstone for the debate on equity in parks – and more accurately on the funding needs of operating and maintaining the city’s parks. The “uneasy relationship” between philanthropy and inequality with regard to parks was described by Bernard Soskis in The New Yorker last winter, as a debate that made the seemingly well-heeled conservancies the whipping dog for the city’s park inadequacies.

By the time Mayor de Blasio took office the conversation began to shift toward the city’s responsibility and most agreed that a more robust city budget was the best answer to the problem of inequitable parks funding. In his opening comments at a recent public hearing on park equity, Mark D. Levine, who is chairman of the Council Committee on Parks and Recreation, noted that in the 1960s, 1.5 percent of the city’s budget went to parks. That dropped to 0.86 percent in the 1980s, and then to 0.52 percent by 2000.

And, Tupper Thomas speaking at that same hearing pointed out, “Government has to take the first step… Government created the equity issue by not funding the parks. … It’s not really the private sector’s responsibility to manage the parks of New York; it’s the taxpayer’s.”

This year’s budget increase is not the last word on this topic. And many other cities around the country, even if the discussion has not bubbled up to national news, are facing a similar challenge when encouraging private support for parks that replaces diminishing public funding.

All this discussion – in New York and in other cities around the country – seems to herald a new era of focus on parks, funding and governance strategy. For years advocates have beat the drum regarding an increase in city parks funding; in many cities the private sector has stepped up. Maybe now with a more engaged constituency – who put their own funds on the line – we’ll see more increases in public sector funding. But the reality is that we are not likely to see public funding ever reach the levels of the 1960s and 1970s. 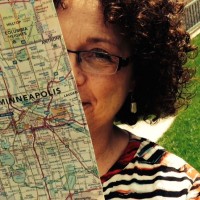 While New York debates the role of conservancies and governance in shaping the distribution of parks funding, Minneapolis is also debating the equity question – but not so much who’s to blame as how to solve the problem. The city is considering a ‘racial’ equity filter for allocating public funding. In that city park user counts show large gaps in usage for some communities of color. The Met Council has a role in distributing about $30 million a year for parks. How a racial equity plan would work is unclear. The context for the discussions is the council’s emerging Thrive 2040 long-range plan, which stresses demographic change not only in race and ethnicity but in other forms, notably aging. The plan addresses not only parks but other issues such as land use, transportation and housing.

Seattleites – facing a $270 million maintenance backlog – are addressing the funding equity issue with Seattle Proposition 1 – Seattle Parks for All – on the August ballot. If approved by voters this summer, Seattle would establish a separate taxing district, with its own dedicated funding, that would be spent on supporting the maintenance, upkeep and operations of the city’s more than 6,000 acres of parklands. The District would replace an expiring parks levy.

Balancing the public-private funding stream in an equitable – and community-engaging – way is the new challenge for city park departments and their advocates. What exactly is the role of private partners and how do we define this in goal-setting, agreements, and day-to-day working relationships? And, what are better ways of engaging park users and the broader community in framing this new governance strategy? Maybe if the rules of the game become clearer then it will be easier to focus on maintaining public commitment as the primary driver for park funding strategies.