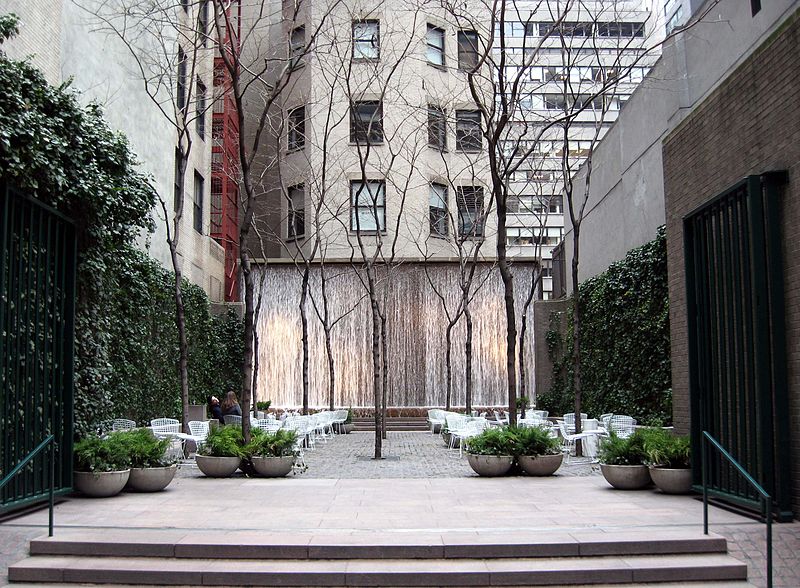 If the key goal in developing and managing parks is focused on ‘public’ then it shouldn’t matter who owns the land, right? Louisville is showing us how a mostly financed effort can result in a major new public park for the city. In one more experiment to find a way to create even more public park opportunities some cities are re-thinking the idea of privately owned parks for public use. New York began championing this idea in the early 1960s with a change in zoning regulations that allowed zoning concessions to commercial and residential developers in exchange for a variety of spaces accessible and usable for the public. Today New York has over 500 privately owned parks or POPs.

In San Francisco and Seattle they are known as Privately Owned Public Open Spaces (POPOS). But the problem with these spaces is that they’re no substitution for purely public spaces, because First Amendment protections don’t really apply when the owners of a space are non-governmental argues Jerold Kayden, a professor of urban planning and design at Harvard’s Kennedy School, who wrote a book about New York’s private spaces.

Zuccotti Park and the Occupy Wall Street movement brought some of these challenges to light. Protesters set up camp in Zuccotti not because regulations protected their presence there, but rather there were no defined regulations.

San Franciscans are trying it again with a slightly different take on an old model. In the city’s Rincon Hill neighborhood, there’s a brand new park named Emerald Park after the Emerald Fund, the San Francisco-based real estate developer that owns the space and the adjacent apartment building. San Francisco Parks Alliance explained that the grassy half-acre was always supposed to be public – it was part of the deal when the real estate developers built these apartments. But when it came time for them to hand it over to the city, the city couldn’t afford to take it.

“There’s no public open space within nearly a half mile of where we stand today,” said Matt O’Grady with the San Francisco Parks Alliance. “That is about to change.”

When the city claimed it couldn’t accept the gift of property neighbors and the Alliance struck a different kind of deal.

Instead of simply a trade – land for regulatory concessions – the Alliance put a conservation easement on the land and agreed to monitor and steward the property, while the Emerald Fund agreed to take full responsibility for maintenance and operations.

And the mayor said he wouldn’t mind similar donations from other developers.

What’s different here than in previous examples is the role of the Alliance. Their involvement in the partnership – between two private organizations and one public – provides added permanence to the site with an easement but also a commitment to oversight in the name of the public. What that says about first amendment rules has yet to be played out. But one of the criticisms about other privately owned public spaces is that they lack clarity about who can use them and what can happen there, as well as how they can be designed and developed. When the birth of the site is only about a development tradeoff the goals for the site can get murky. 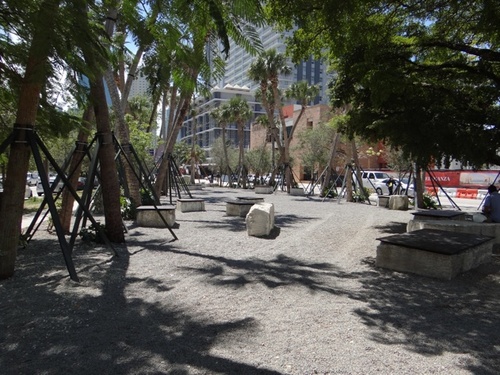 Emerald Park is an attempt to change the game with the use of a conservation easement with clear park-related goals and the addition of public park steward like the Alliance. The other thing that gives Emerald Park a better chance at succeeding is that it is in a residential neighborhood and thus park use can be expected to be more than just a 9-5 crowd; it is neither a downtown office park nor an indoor plaza, both challenging sites for developing regular public use.

Miami is trying similar efforts in an attempt to deal with the lack of park space in the city and rising residential neighborhoods like Brickell. In 2012 the five-acre Grand Central Park opened up under a three-year lease agreement with a nonprofit developer. And Flat Iron Park also opened in late 2012 – the product of a swap between the city and a developer. Neither of these sites have the security of an easement or a parks steward but they are a step in the right direction for a city that ranks near the bottom of Trust for Public Land’s city park system facts.