At the end of 2012, in November, the Brookings Institution released the first of a series of policy proposals for reviving metropolitan economies. One of them calls for the federal government to establish a national unit supporting public-private partnerships:

In a time of constrained public budgets, leveraging private-sector financial resources and expertise to deliver a range of infrastructure projects has growing appeal. However, these public/private partnerships (PPPs) often entail complicated contracts that differ significantly from project to project and from place to place. To address this problem, countries, states, and provinces around the world have created specialized institutional entities—called PPP units—to fulfill different functions such as quality control, policy formulation, and technical advice. The federal government should establish a dedicated PPP unit to tackle bottlenecks in the PPP process, protect the public interest, and provide technical assistance to states and other public entities that cannot develop the internal capacity necessary to deal with the projects themselves.

What a great idea, eh? Many of us in the city parks world have long lamented the lack of standard approaches to measuring the validity and benefits of a particular PPP or P3 – what a terrific advantage it would be to have a framework or a set of standard measures to assist in the creation of new conservancies and to support ongoing innovation in existing organizations. Start-up park conservancies would benefit enormously from a database of experience, toolboxes and lessons learned. Robert Puentes of the Brookings Institution goes on to say that,

“The challenges to moving infrastructure projects forward are becoming much more complex… leaders in states, cities, and metropolitan areas are ill-equipped to consider the complicated contractual arrangements involved in establishing PPPs. A federal PPP unit would provide quality control, technical advice, and sustained support to state and local actors.”

In Puentes’ idea paper statistics are cited about infrastructure projects in America that have mostly to do with transportation, but neither Puentes nor other advocates of P3s talk much about parks in their forward thinking – an investment with far lower costs and with potentially as much leverage as a new highway or transit station for a neighborhood or a whole city.

It seems to me that too little has been written about P3s for parks and my goal with this new weekly blog entry is to try to help us all better understand what’s going on in the parks world regarding partnerships – how do they get started? What is their governance structure? What funding was needed to launch the partnership? What lessons do the older conservancies have to share?

The average American city works with private partners to perform 23 of 65 basic municipal services, says Rick Norment, executive director of the National Council on Public Private Partnerships. If P3s are changing the way cities work, we in the parks field need to know how it’s going and how we can position parks to succeed in the midst of changing governance roles. And so far mostly what we know about conservancies is anecdotal. Though their success in places like New York, Chicago and Houston is clear, the nuances of why they’re working and how they’re different – or what problems they face – might lead us to better understand how to create better ones. Partnerships are playing a central role in how we manage parks these days and are likely to be central to their future. But this work is complicated and practitioners rarely have an opportunity to reflect on what they have learned.

My hope is to bring you some of their insights and experiences and to open up a broader audience who can help us with their lessons and recommendations for moving forward. Happy New Year and stay tuned. 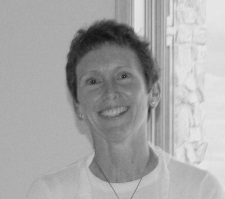 Kathy Blaha writes about parks and other urban green spaces, and the role of public-private partnerships in their development and management. When she’s not writing for the blog she consults on advancing park projects and sustainable land use solutions.