Since January I’ve talked with leaders at city parks and their partners from Rose Kennedy Greenway in Boston all the way to Caras Park in Missoula, Montana, studying park conservancies, BIDs and downtown associations in partnership with city and state agencies to manage, maintain, program and fund public parks – mostly downtown parks. I’ve been thinking about those interviews and the research that I’ve done and trying to pull out the lessons and commonalities about these partnerships. So far, I think lessons fall into three groups –

The Art of Partnering

Let’s start with the art of partnering. When I talked about Central Park Conservancy in New York I referenced Chris Walker’s good framework for talking about governance: 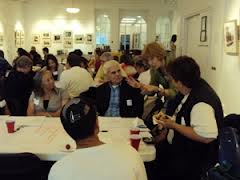 Structure: How is the partnership organized and responsive to the park’s constituency?

Control: Who makes the decisions?

Assets and Liabilities: How are assets and liabilities shared?

Risks: What are the strategies for mitigating risk?

In looking at Central Park, Pittsburgh Parks, and Prospect Park I found somewhat surprisingly that these organizations operated without formal agreements with their cities for years. They worked collaboratively and built a joint team leadership that later made determining roles and responsibilities, and contracting, much easier. “A lot of change comes from gradual improvements,” explained Paul Levy, the Executive Director of Center City District – the BID managing Sister Cities Park in Philadelphia.

Just working together on a day-to-day basis with a set of simple goals – clean up, refurbish, make safe, create fun programs and raise visitation numbers – demonstrated a common commitment to the parks that aligned their teams and created a dedicated management effort. 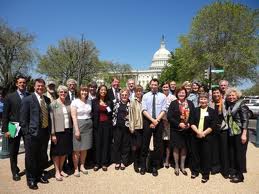 All of those I interviewed also made clear the difference between owning the park and setting the goals – and carrying out that vision and set of goals. In almost all park partnership cases, a public agency owns the land and sets the rules, and the private partner contracts to support them.

Who makes the decisions becomes far less contentious when the vision for the park is a shared one and the goals for getting there are clear. In each case, driving these successful partnerships is a plan – a business plan or a master plan or both – that each partner contributed to. In each case the private partner is walking their talk bringing people, money, talent and innovation to realize that plan. They share their assets and help to reduce the public agency’s enormous task. The public agency, in turn, continues to represent the public’s interest with assuring access, public funding and a long term commitment to making that public space successful.

Success is best measured in visitation – a high level of use by a diverse set of park users that matches a neighborhood or city’s demographics and culture. If the park is attractive, people will come. Downtown parks, especially, become meeting places. Getting people to the park may take food, a beautiful landscape, programs and WiFi – all initiatives that are being carried out by the partnerships. Out to Lunch in Missoula, food trucks at Rose Kennedy Greenway, successful cafes at the Philadelphia parks and vending carts in Central Park reinforce the idea that a park can be a wonderful place for lunch, a cup of coffee on your way to work or a meal to enjoy as the sun sets.

In addition to food, we’ve seen schedules for these parks that include in some cases, over 200 events annually – plenty of concerts, carousels, ice skating, environmental education programs, water features in the form of ponds, fountains, and rivers, kite-flying, running and bicycling.

These park partners are trying to find ways to enliven and activate their parks, trying new things in different spaces in the park. As Jesse Brackenbury from Rose Kennedy Greenway in Boston says, “We’re investing in the park and we want to know whether we are getting results from the investments we are making.” What they really want to know is – are people coming?

Prospect Park’s ComCom – its Community Committee –includes representatives from more than 50 local organizations, as well as all of the elected officials (federal, state, and city) and community boards that represent the park and the surrounding districts. The Caras Park master plan in Missoula was developed by a group of 57 different businesses, residents and organizations that contributed time and money to the effort.

Melissa Brock, Acting Director for the Missoula Downtown Association says, “People recognize this park as a pretty dynamically run place. We (all of the downtown stakeholders) work together on almost everything. There is complete synergy in our downtown. We have something unique in Missoula – how everyone works together. We’re pretty fortunate to have such a compatible team,” says Brock.

Maybe not every partnership is as copacetic as Missoula’s but the idea is that community engagement and transparency about a park’s management reassures residents and users that the partnership is resulting in efficiencies and becoming a better place. John Crompton reminds us that frustration with the inflexibility and relatively high costs of government providing direct services is one of the reasons behind the rise of park partnerships. There is wide recognition of the inefficiencies of delivering services via a monopoly. The goal of partnerships is about opening up the management process to both competition and collaboration to meet the demand of services that goes beyond what government is providing.

The public’s demand, their engagement – and accountability to them – are especially important in guiding governance and these issues play a vital role in ensuring continued support for public parks and their private partners. Governance determines who has the power, who makes decisions, how other players make their voice heard and what methods there are for accountability.

As Tupper Thomas, former President of the Prospect Park Alliance and Administrator of Prospect Park in Brooklyn reminded us, “Cities are so strapped there has to be a give and take. As the parks department budget gets cut, the conservancies have filled the gap. Cities without them would pour money only into the popular parks. The conservancies leverage their ability to raise private money to keep all the parks open.” 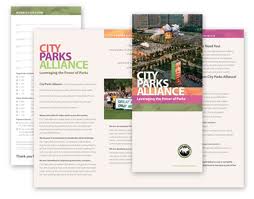 The success of conservancies continues to outshine their challenges and it’s likely we’ll see many more of them being created across the country. The City Parks Alliance is committed to understanding and supporting park partnerships; their website is filled with best practices from around the country. The future of parks appears to be wrapped up in these new forms of leadership – both for the resources and the innovation they offer.