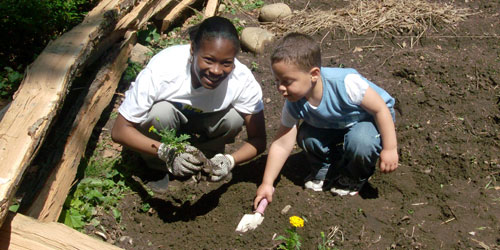 Today’s blog entry picks up on my entry from last week focusing on conversations with Tupper Thomas, former President of the Prospect Park Alliance and Administrator of Prospect Park in Brooklyn, and Meg Cheever, current President and CEO of Pittsburgh Parks Conservancy. Pioneers in public-private partnerships for parks, both Meg and Tupper’s years of experience are filled with lessons for the rest of us – in how they got their start and in how they shaped their partnerships over the years.

The Prospect Park Alliance and the Pittsburgh Parks Conservancy are now in their 26th and 17th year of operation, respectively. I talked with both women about what has changed since they started.

One thing that changed, says Tupper, is that by the late 1990s it was clear that the Alliance needed a way to engage members and partners outside of just the formal agreement they had with the city. Many other residents and organizations cared about the park and wanted to influence was what going on with their own ideas and Tupper knew that a diverse set of opportunities and programs was one way to get people to go into the park.

The Prospect Park Community Committee (ComCom) was specifically created to involve the local community in Prospect Park’s management and operations. The ComCom includes representatives from more than 50 local organizations, as well as all of the elected officials (federal, state, and city) and community boards that represent the park and the surrounding districts.

The ComCom plays an active advisory and advocacy role, representing the interests of park users and the community while making recommendations for the function and future of the Park. The ComCom meets monthly to discuss relevant issues of Prospect Park management (e.g., dog rules, garbage and recycling policies, park drive regulations), review all capital plans and programs, and have regular discussions with city agencies.

When the ComCom was created, the Alliance “…did a ton of research.” They hired a person to help them understand the community culture; they worked with elected officials; and, they combed the neighborhood for responsible organizations that should be involved. They reached out to them and invited them to join the committee. It turned out there were a lot of activists – smaller ad hoc groups that offered ideas and solutions but did not have the capacity or skills or even the interest to be on the Alliance board and help run an organization. So the ComCom offered a way for community members who had views on policy and operations to provide input. And they were very helpful in that role. “We worked hard to pick people who represented all of the usership – who they were and whether they would come and help even when there was no crisis, was important,” adds Tupper.

Since 1987, Park visits have increased from just 2 million a year to over 10 million today.

The Pittsburgh Parks Conservancy is now in its seventeenth year of operation. Support for their work and the public-private partnership has grown. The funding community sees their track record of successful capital projects – the parks look great and are well cared for – and they see that it is now in everyone’s interest to look more broadly at how a partnership can help with capital and maintenance support for all city parks.

In 2006, the five-acre Schenley Plaza – used as a parking lot for decades – was restored to its intended use by the Conservancy and its community partners.  A second phase of the Plaza’s revitalization, the restoration of the Mary Schenley Memorial Fountain, was completed in 2008.  Like the partnership to restore Sister Cities Park in Philadelphia, a group of institutions including the University of Pittsburgh, partnered to plan, design and restore the park.

The Conservancy now has a 30-year lease and management agreement for the 5 acres – an agreement which gives them far greater oversight and management responsibilities than they have had before in any park. The city provides some basic services but the Conservancy provides extra sanitation and security, additional horticulture; they manage concessions and the park’s new restaurant, as well as overseeing 200 free events each year.

It took three years to raise the capital dollars for Schenley Plaza and now they are raising additional money, “We still have 23 years left to go in our agreement, says Meg. “We need to need to continue to raise more money or do things more efficiently to keep going. For those places that require a more sophisticated amount of maintenance, we need to raise money for maintenance as well as capital.”

Mellon Square – a park over a parking garage and a historically significant example of mid-20th century modernist landscape architecture – is next up for the Conservancy. They just raised the money to complete a capital restoration and to create a $4 million permanent maintenance fund. Here again, the Conservancy will work with the city but will have responsibility for the park’s oversight and maintenance.

Pittsburgh is blessed with being part of a Regional Asset District (RAD) that provides a sales tax override that throws off money for regional cultural assets in Alleghany County. The city gets money for the 5 biggest parks in the city – considered regional assets – mostly for operations and some capital. But there are about 170 parks in the city; 80% of the parkland is represented by the big parks but the city is now working with the Conservancy to figure out how to take care of the small parks not eligible for RAD money.

The vision of the conservancy – wide appreciation and enjoyment of the citywide park system is a big vision. With a staff of 22 now, “…the challenge of where we stop and where we go is a conundrum that we work on every day,” says Meg.

Growing for the Future

Tupper retired from the Alliance last year. Just before she left, the Alliance signed a new contract with the city. The legacy she wants to be remembered for? “I wanted to make sure people from every income level and every culture felt welcome in the park,” Thomas told newspapers when she retired. “And I feel we’ve done that.”

“The organization has to grow; the board has to transition to a new board with a regular addition of new members; and the organization has to become an institution.” One question on the table is what the relationship will be like with the new mayor. The new contract was important to clarify the differences in what the responsibilities would be for both partners and to lay the path for maintaining this partnership long into the future.

Tupper envisions the Park being much more like a cultural institution, like the Brooklyn Museum, but with this idea many people fear the loss of a government role. Will privatization lead to a more heavy-handed private role in the name of efficiency? No one has yet abused the privilege. Still it remains hard to explain to residents and reporters how important the partnership is for maintenance – how the Alliance is adding to that effort. Tupper says that,

“…the key question to ask on this issue is: are the policy and operations decisions still being made by the people who report to the mayor – who was elected by the people? Cities are so strapped there has to be a give and take. As the parks department budget gets cut, the conservancies have filled the gap. Cities without them would pour money only into the popular parks. The conservancies leverage their ability to raise private money to keep all the parks open.”

In Pittsburgh, the same is true. The kind of stuff the Conservancy is doing isn’t what city staff is doing; they collaborate with the city on a clear agenda that puts the parks first. “Of course, the parks are still owned by the city which has control over park policy.”

In spite of private partnerships like those in Brooklyn and Pittsburgh, city parks departments should be putting more money into parks; it wouldn’t be that much of an increase to maintain a higher standard. But that is one thing private park partners have not been able to do – increase the city budgets to reflect the higher priority that funders, members and supporters have shown for the parks. So, how do we ensure that there continues to be a sufficient amount of public investment in parks? That’s one of the issues taken on by the City Parks Alliance which believes we need, first, an effective advocacy to ensure that the public dollars remain dedicated to parks. The kind of advocacy, commitment and success that Prospect Park Alliance and the Pittsburgh Parks Conservancy have created. 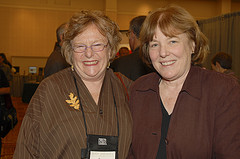 The partnerships in Brooklyn and Pittsburgh will certainly evolve but the commitment by the Conservancy and the Alliance is certain; and their experience and their new contracts makes it clear about who is the decision maker and makes the rules – and who carries them out. Meg puts it perfectly when she says, “Tupper was so generous with her time in getting us started that I will forever be grateful. Each partnership has to go its own way in figuring out what works for their circumstance – but it is helpful to understand the context for the work, what has gone on before you and what lessons there are.”