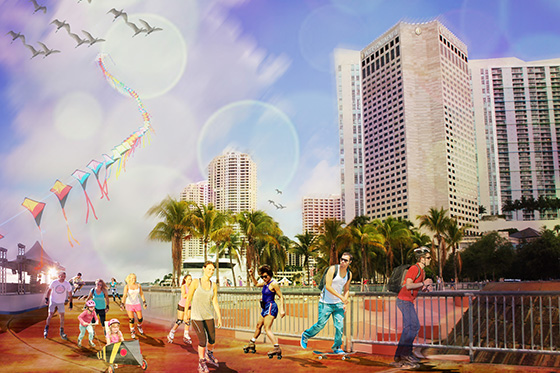 Can pop-up parks and public space projects trigger investment in new public parks? Is there a role for community-generated projects in the formal planning process? The Miami Foundation is working to find out with its Miami Public Space Challenge, now going into its fifth year. The Public Space Challenge uncovers the best ideas for creating, improving and activating parks, plazas and local gathering places. Since 2013 more than 1,432 project submissions have been made and $870,000 awarded for 70 projects.

“We weren’t sure what would happen when we invented the program,” says Stuart Kennedy, director of program strategy and innovation for the Foundation. “We knew we wanted to elevate the conversation in Miami around public spaces and the value they bring to communities.”

The Miami Foundation knew that the long term solution was funding for new and improved public parks but their funding wouldn’t go far toward that end. Instead they put out the opportunity for residents to think about their own neighborhoods as a way to help understand the desire for improvements of activating new spaces. From the beginning, Stuart said, it was an effort to get the word out and engage individuals.

The Challenge has funded projects big and small across Miami-Dade County from Homestead on the edge of the Everglades to mostly Spanish speaking Hialeah to hip Wynwood to majority African-American Miami Gardens. Most of them are submitted by local residents committed to improving Greater Miami.

“We work with a panel of local experts to narrow down the list to a smaller set of finalists they think are exciting and feasible. We make it easy to apply by asking them to answer two questions: ‘what is your idea and why?’ We’re providing super low barriers to entry.”

Fifty finalists work with a mentor to help them think through their idea and how to implement it. Then the foundation gets full proposals back – still at only 3 pages – and the selection committee chooses fifteen to twenty for funding.

So what’s being funded? The projects range from pop-ups to permanent projects. Bay Skate was invented by brothers who live in a condominium that overlooks Bayfront Park and who decided that the area around the fountain was empty too often. So they turned the Mildred and Claude Pepper Fountain at Bayfront Park into a skating rink for one, free night. It was a big enough success that they are working with the city and Bayfront Park Trust to bring it back.

A disc golfer saw the endless open acreage of Homestead Air Reserve Park as the perfect place for a golf course. He won the funding and worked with the parks department to create the longest disc golf course in the southeast. 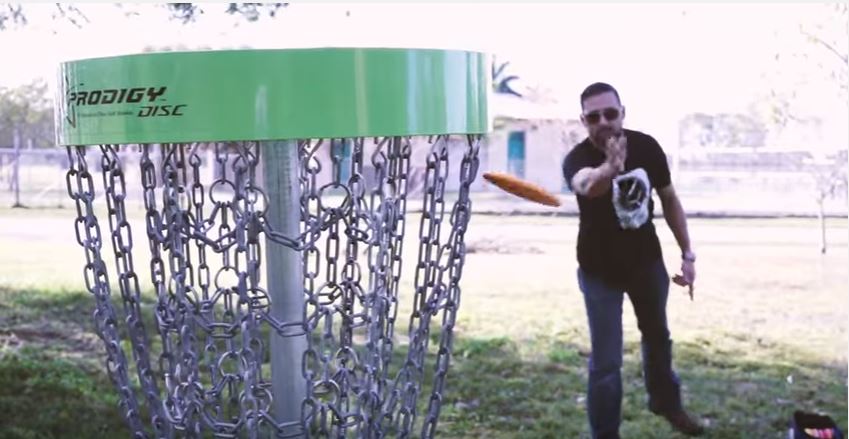 There are community gardens, open mic sessions, pop-up art and even, snow. The Fiesta de Agua trucked in snow recently in an effort to attract families to Riverside Park in Little Havana. 1500 people came out to play in the snow.

The Foundation gives award winners a year to implement their projects. Many meet challenges such as permitting. And many of the individuals involved have no experience getting permits. Sometimes it takes longer than a year. But it’s healthy friction, says Stuart, who sees local governments getting better at working with individuals and vice versa to make these projects happen.

The Miami-Dade County Parks, Recreation and Open Space Department sees the role of the Challenge as helping them to build momentum for more and better parks, and awarded the Foundation the William J. Matheson Award last April for their efforts to engage community residents around parks.

What is Stuart’s advice for others considering similar projects? Keep it simple. Be very direct. Make it easy to apply – all of this to lower barriers to entry so you don’t lose people.

The Public Space Challenge is one good example of the creative culture of parks – an idea that will take shape at this summer’s Greater and Greener International Parks conference hosted by City Parks Alliance in Minneapolis and Saint Paul. The conference will explore how cities are linking arts and greenspace to revitalize downtowns and neighborhoods, through “creative place making”. How do communities, artists, arts groups and city agencies work together to integrate art, pop-up parks and place-based events with public land? Come to Minneapolis and Saint. Paul this summer and find out.